Computer cafes in South Korea, such as the Oz PC Bang in the Gangnam district of Seoul, are often shiny places with big, comfy chairs, huge screens and fast Internet. 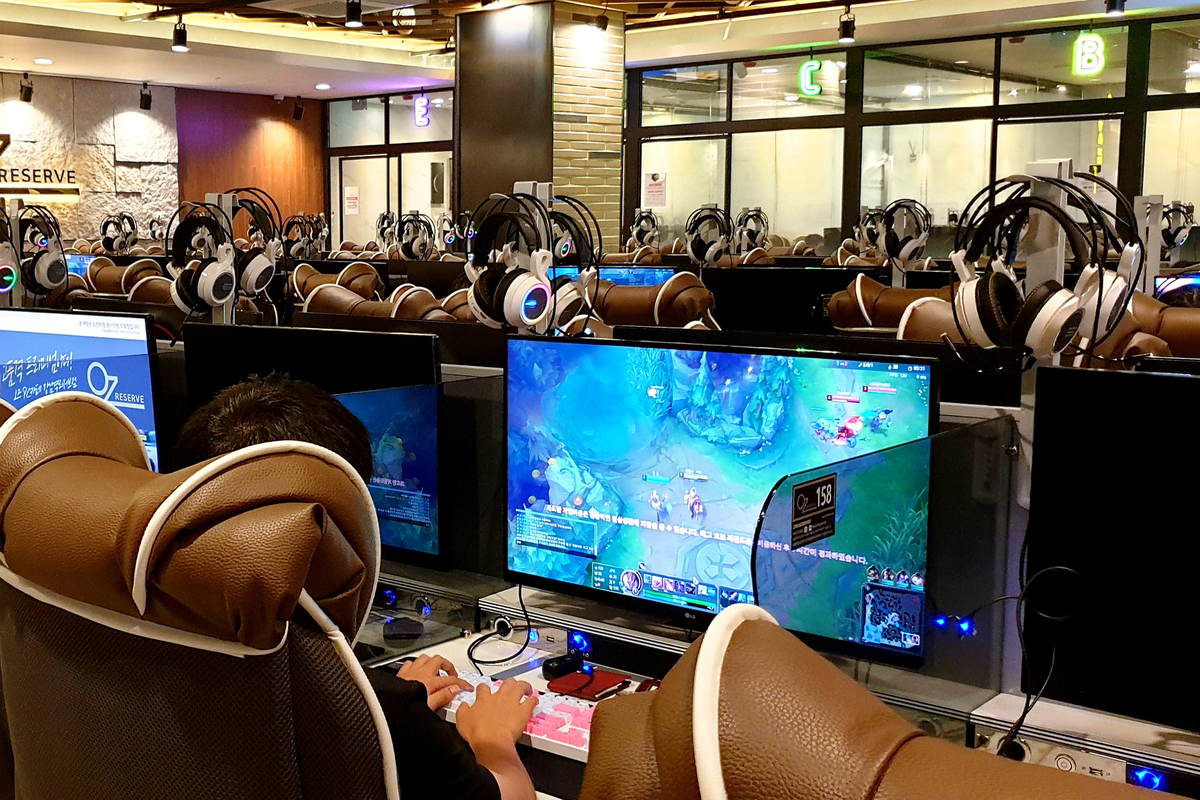 Computer cafes in South Korea, such as the Oz PC Bang in the Gangnam district of Seoul, are often shiny places with big, comfy chairs, huge screens and fast Internet.

South Korea is one of the most wired countries in the world. But that level of connectivity is a double-edged sword in a society that some experts say is becoming increasingly addicted to the Internet and where 95% of adults own a smartphone.

“Korea has an environment that allows easy access to computer games and other activities online,” says Sungwon Roh, a psychiatrist at Seoul’s Hanyang University who studies Internet addiction. “You can connect to your smartphone anywhere. Every neighborhood has what we call a ‘PC bang’ or, in English, PC café. Here, Koreans of all ages can access the Internet very easily.”

And those PC bangs are often shiny places with big, comfy chairs, huge screens and fast Internet, all for about a dollar an hour. Most are open 24 hours a day. So it’s no wonder some customers overstay their welcome.

“I’ve seen a lot of customers come here late in the afternoon and leave the next morning. That’s pretty common,” says Lee Kae Seong, the owner of the OZ PC Bang in Seoul’s upmarket Gangnam neighborhood. Some, he says, stay a day or two. And others become… well, ripe.

“Some customers who play for too long, I’m sorry to say, they get smelly,” he says. “And other customers start to complain. So we have to ask them to leave.”

Stories like these help explain why Roh says South Korea is facing a public health crisis — one he sees firsthand while treating patients at his hospital.

“Here I see dramatic cases of both adolescents and adults come to seek professional help,” he says, “because they started to have serious problems in their health, relationships with their family or studies at school from game addiction. Some students will refuse to go to school or even inflict physical force on their parents.”

To some parents in the United States, this might sound distressingly familiar even though mental health experts are still debating the extent of the problem. The American Psychiatric Association does not recognize Internet or online game addiction as a unique mental disorder.

But the South Korean authorities know the country has a…

The COVID-19 shock and consumer credit