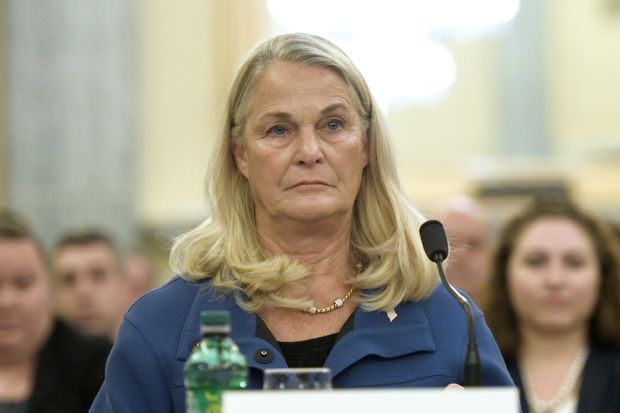 Ann Marie Buerkle, acting chairwoman of the Consumer Product Safety Commission since February 2017, has toned down what businesses describe as the confrontational approach of her Democratic predecessor. Ms. Buerkle, who wrote in 2016 that the commission shouldn’t be used to “bully industry,” says she is trying to more extensively include input from companies in resolving concerns about risky products.

“If you wanted to compare and contrast my leadership style to former chairmen at the agency, I believe the best way that we can achieve safety as an agency—and we can really advance the safety of the consumer—is to get everyone at the table and to work with all of the stakeholders,” said Ms. Buerkle, whom Mr. Trump has nominated to become permanent chairwoman.

Manufacturers have welcomed the change.

Bill Perdue, vice president of regulatory affairs for the American Home Furnishings Alliance, a trade group, said the agency was more antagonistic under previous CPSC Chairman Elliot Kaye, a Democrat who now serves as a commissioner.

“It always seemed to be difficult to have really transparent and very meaningful discussions with staff,” Mr. Perdue said. “We would sit down and they would present a PowerPoint with data and we’d say ‘I like your data, can we get a copy of that?’ And the response was—oh you have to FOIA that”— meaning request the information under the Freedom of Information Act.

The Consumer Product Safety Commission, tasked with protecting the public from injury or death from products ranging from toys and cribs to power tools and cigarette lighters, has for years sought to find a balance between working with companies or cracking down on them.

Critics, including a recently departed commissioner, say Ms. Buerkle has gone too far.

“Ann Marie Buerkle does absolutely nothing that the regulated industry doesn’t want her to do. That doesn’t mean she doesn’t do recalls if a company wants to do a recall, and she will do it on the terms dictated by the company,” said former commissioner Marietta Robinson, a Democrat who finished her term in May.

Ms. Buerkle said confidentiality rules precluded her from saying whether there was any case in which she had said a company needed to ask for an investigation into a possible recall. She said that she believes industry has an important role to play in finding solutions, but that she will take whatever actions are necessary to protect consumers, and considers rule-making one of the “arrows in our quiver when that doesn’t work.”

The commission is required by law to prioritize voluntary recalls, with mandatory recalls or regulation as a last resort. Nevertheless, the chairman has power to determine how aggressively to pursue companies.

“The advocates always wanted me to regulate,” said Ann Brown, who led the agency under President Clinton. “Regulation took a long time and you ended up in court at the end of the day. I much preferred to work with the industry if possible.” But she also said she felt Ms. Buerkle is too lenient.

Ms. Buerkle, a former Republican congresswoman for New York, was named to the commission in 2013 by President Obama in accordance with a rule that says no more than three members of one party can serve on the five-person panel at one time.

Since taking the agency’s helm, Ms. Buerkle says she has tried to find a middle ground between industry and consumer groups.

In one of the most contentious issues, she has worked to build a consensus on voluntary standards for portable generators that can release dangerous levels of carbon monoxide. There are currently two competing sets of voluntary standards, and some consumer groups say neither is tough enough.

Ms. Buerkle said the CPSC is continuing to test the voluntary standards to make sure they are adequate.

In another issue, Ms. Robinson, the former commissioner, says Ms. Buerkle has pulled back on investigations into whether dressers are prone to tipping. The hazard was first discovered in IKEA dressers, which were recalled in June 2016. The CPSC says unstable dressers from various manufacturers were linked to the deaths of at least 78 children between 2000 and 2016.

Agency staff had started investigations into other furniture makers to see if their products were unstable and might require recalls.

Ms. Buerkle said that she hadn’t stopped any tip-over investigations.

Ms. Buerkle has shown she can be tough on business. Earlier this year, she voted for the commission’s more-than-$ 25 million fine on off-road vehicle maker Polaris, the agency’s highest-ever civil penalty. The commission found that Polaris reported problems with its vehicles only after 150 of them caught on fire, in one instance killing a 15-year-old passenger.

Polaris said it couldn’t comment on pending litigation; a class-action suit has been launched against the company.

More generally, however, Ms. Buerkle has voted against stiff penalties, arguing they punish businesses trying to work with the CPSC to address problems.

While Ms. Buerkle has been chairwoman since shortly after Mr. Trump took office, the commission had a Democratic majority until Ms. Robinson left. President Trump has nominated conservative Peter Feldman to become the fifth commissioner. If he is confirmed, the commission will shift to a Republican majority.

Write to Heidi Vogt at heidi.vogt@wsj.com

2 Million T-Mobile Customers Are Hit by a Data Breach